Its that time of the year, when Summer is coming to an end. Time to have its sending off party!

One good idea is to have a Water War.

While you’re out there drenching your friends or laughing at them because you nailed them in the face with a balloon launched from the Bam Launcher! 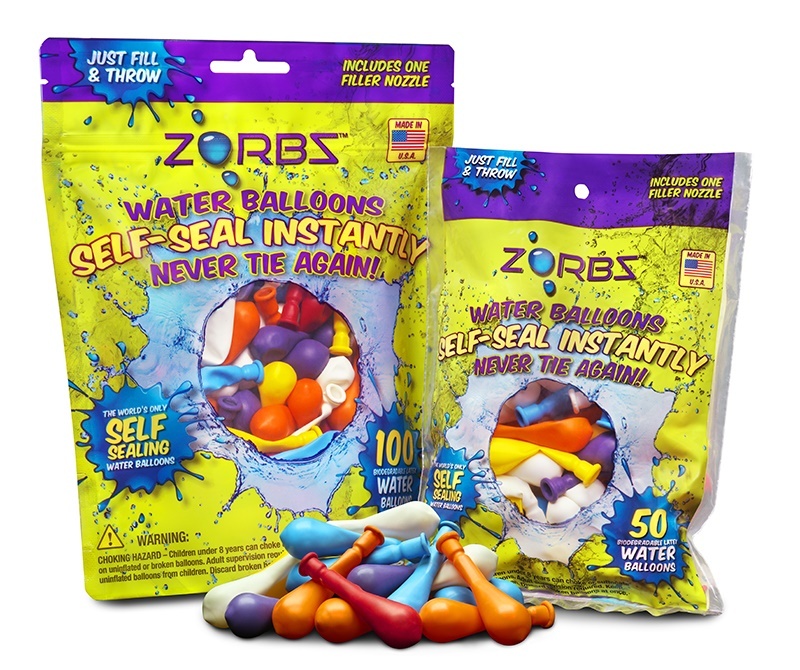 Something that we found to make things easier for you is the Zorbz Self Sealing Balloons. Although this does not come out till next year, here is something to drool over for right now.

We all know tying balloons can be a pain and of course when you are in a middle of a Water War, ain ’t nobody got time to be tying balloons!
After all, your friends are pissed because you just nailed them in the face with a water balloon, remember.

Zorbz Self Sealing Balloons are pretty neat because you just fill up the balloons, snap, and pinch the balloon up.

As you can see in the picture, the balloons are sealed pretty nicely and ready for launch. Hydro Toys are not only coming up with innovative products like Zorbz Self Sealing Balloons, but they are also coming up with the accessories that come with it to make reloading easier.

Now that you are fully loaded, you End of the Summer Party Continues!

Here is where you can get a Bam Launcher that you can nail your buddy in the face with: